I left my beloved Washington yesterday and am currently in Boise visiting my friend Tim. Tomorrow I'm off to Utah for a few days and then my final destination of Arizona. Washington really likes to rub in my face how awesome it can be whenever I abandon it for another state. For instance, when I moved to Utah in 2009 to start my master’s it had been in the 70s and sunny for almost three weeks straight and yesterday as I drove away it was sunny and beautiful again. I felt less bad about leaving Washington, however, when I reached Ellensburg and there were suddenly no more trees. While I love how pretty Washington is, I’m mostly going to miss it because of all of the awesome folks that live there (my folks in particular). Washington will always be home.

Before I left Washington I spent four days at Fort Flagler with 31 of my closest friends. It was quite a motley crew of children, retirees, young adults, regular adults, and two pregnant women. We had a blast. Some of my women friends are really, really into knitting and someone was knitting almost the entire time (Megan is going to make Lisa a pair of Mitt Romney mittens. I said they should call them Mittens Romney).

While I was reading on my Kindle, Carolyn said to me, “Would you like to learn how to knit?” I was a little caught off guard, but said that I would. Why not, right? She handed me the knitting needles (which I briefly used to pretend that I was leading an orchestra) and explained how knitting works. It was really complicated at first and strained my brain. 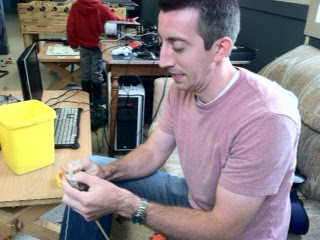 Then I got the hang of it and a proud smile emerged on my face. An even prouder smile surfaced on Carolyn’s (but I have photographic proof of that). 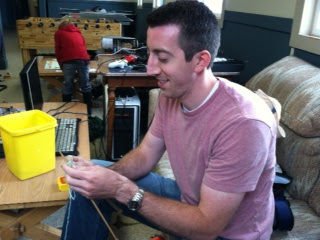 And this is what my creation looked like. I'm not sure what it was supposed to be. 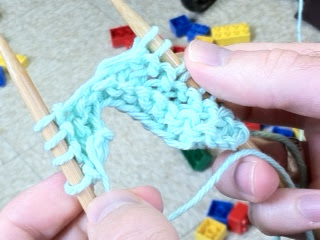 I don’t see knitting in my future, but it was fun learning how to do it. And unfortunately, I think I’ve already forgotten how to do it. It looks like I won’t be wearing any Mittens Romney this winter.