The Gift My Mom Forgot to Give Me 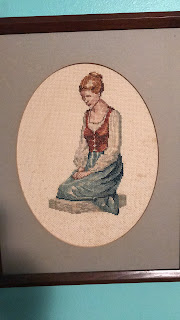 As I write this post it is my mom’s 71st birthday. Three years ago she was diagnosed with Alzheimer’s the day before her birthday. Two years after her diagnosis I was visiting home. I wanted to get some details about the story of my birth from her while I still could. While the two of us were walking along the Stillaguamish River at Cascade Park I asked her some questions. She didn’t seem to know what I was talking about and just gave some rambling, nonsensical answers. It felt like the memories were all gone and I’d have to rely on my own memory of what I’d already been told.

At church the next day I saw Becky who has been friends with my parents for decades. At the time my mom was pregnant with me Becky was her visiting teacher. I approached her after church and asked if I could ask her some questions about my birth. She responded, “You know, Ben, it’s the craziest thing. Just a few days ago I had a feeling you’d ask me.” That week my parents and I walked over to Becky’s house and had a 30-minute conversation with her that I recorded. She gave me permission to share the stories she told.

The remarkable thing about the stories that Becky told was that they matched perfectly with my dad’s memory of the events, and with what I’d been told by my mom before. Becky told stories of the sacrifices that were made during the 45 days that my mom was on bedrest in the hospital trying to keep me alive. She told of a woman from the ward who visited my mom in Seattle every day. She told of sisters in the ward who would rotate bringing the family food. She told of Relief Society sisters who would come over to clean the house and my dad would say that he could handle things on his own only to have them politely push by him and clean anyway. She told of two sisters who regularly drove my three siblings all the way to Seattle from Everett so they could visit my mom, allowing my dad to get some sleep. She told of my dad’s courage and all the sacrifices he made to keep the family together. My dad said that Becky literally saved my life. Always humble, Becky said, “It was a community effort.” So many ministering angels helped my family out. Too many stories to tell in this post.

As the conversation ended I asked if there was anything else she wanted to say. She added that during the 45 days my mom was in the hospital that she did a cross stitch of a woman praying. My mom had tried to give it to the Relief Society to thank them for all they had done to help the family, but Becky wouldn’t let her. She was worried that as time passed people would forget who had given it to the ward and why. She told my mom, “Save it for your kids for when they’re big. Save it for Ben. That’s your story to keep.” Then she told me, “Find that stitchery thing. That’s yours. That’s your story.”

I had no idea where this cross stitch was. My sisters-in-law had been helping my dad organize the house so I told them about it in case they came across it. I started looking through random boxes hoping to find it. I wasn’t even sure it still existed or if we’d ever find it. And then I walked into one of the bedrooms and there it was on the wall. How many thousands of times had I seen it without having the faintest idea of what it meant or the stories it told? I took a picture of it and sent it to Becky to ask if this was the stitchery she was talking about. She replied, “Yes!! That’s it!”

Last week I had this intense desire to get this cross stitch and hang it up in my office. It’s something that I want to see often. I sat in my living room last week thinking about this creation of my mom’s and how I had seen it so many times without understanding it’s profound meaning. I walked to my living room window where I have a great view of the mountains and I asked myself, “What message am I missing in this creation?” I wondered what messages of love and sacrifice there are all around that I just don’t see yet. I wondered what message of love and sacrifice there is in a smashed piece of bread and tiny cup of water. I worry that I miss that message more often than not. I feel like I miss so much. I want to be able to see the messages in creation that are all around me.

When I look at the woman praying, I think of Becky. When she found out that my mom had Alzheimer's she started dropping off dinner at my parents' house every Saturday. No one asked her to do it, she just does it. Charity never faileth.

Today on the phone I told my dad that I’d like to take the cross stitch home with me to Utah after my next visit to their house. He said that was a great idea. I want to hang it in my office and see if every day. It won’t be the prettiest piece of art in my office aesthetically, but it is something that my mom created while she was sacrificing to save me. She made those stitches as her muscles atrophied so much that my dad had to carry her into our house when she came home. It represents her selfless sacrifice and her willingness to give up her life for mine. And yet, that's not the only story it tells. It represents the people who stepped up and ministered to my family in their time of need. What could be more beautiful than that?

I want to see the messages in creation too. They are everywhere ❤️ This is very sweet, Ben, and helped me set some priorities for my week. I love your heart. Thank you again for sharing.

How incredible that these selfless people including your mother where such amazing examples of ministering!! This should be part of a conference talk.

Ben, I remember hearing your mom share her story of your birth, and your very special message that you were to be born. Ginny always was in awe of the miracle of you, when she had assumed that the family was complete with the three original children. I I know she has loved you all, but been so grateful that you decided to come join the family. And she has been a light in many lives, always there to listen, and to encourage, with a smile and a good word. She has been a wonderful example to many of us.

Wow!!! I’m listening to the podcast you did on I See You with Julie Lee and what you said about the gift it is that you have time to visit your parents regularly because you are single is such a good perspective. A perspective you have access to because you’re choosing to be a positive person. I try this too. My son passed away unexpectedly last year and even though I’m missing him terribly I have been given a gift to understand the Spirit World in such a way that I would’ve never before. It’s good to find beauty in the difficult journey life can carve out for us.

Hello Ben! I was talking with a friend about you today and went to look for you so I could send her a link. We finished our mission where we served in our home stake in Highland last February. You were one of the highlights of our mission and are so grateful for the time you took to come and speak at some of our Stake members. I appreciate your life and example. Now this story of your Mom really touched my heart -- partly because I cross-stitch, but mostly for the wonderful reminder it is of the small acts that we do everyday and the huge impact they have on our lives and the lives of others. Thank you for your inspiration!