I’ve been asked to teach the Gospel Principles class at church. When I was asked to do it I was a little surprised because I don’t really speak Portuguese that well, but I love to teach and I knew it would help me speak better so I agreed to do it. Gospel Principles is a class for people who have been a member of the church for less than a year or who aren’t members. I’ve taught this class before and it’s a blast.

Today was my first day and the topic was the law of chastity. This is always a delicate topic to teach especially when you’re teaching people who may be unfamiliar with the concepts. Add to that the fact that my Portuguese is subpar and you’ve got a nervous Ben at 10:30 on Sunday morning. Before class I made sure I knew how to say words like procreation, sexual relations, pornography, etc. They were all pretty simple. I also tried to learn everyone's name but most of them are from Africa and have names that I'd never heard before. After asking them to repeat them twice, I would just smile and nod and act like I'd understood, but just refer to them as brother or sister because I still had no idea what there name was. I asked a woman who was baptized two weeks ago to say the closing prayer and she said, “Me? But I’ve never prayed at church before,” and I said, “That’s okay, I don’t know how to pray in Portuguese and I said the opening prayer in the first class.” She agreed to do it and did a fine job. On a side note, I get asked to pray all the time and I still mess up a lot. I really need to learn the subjunctive form of the verb to bless because it’s not close to the Spanish conjugation at all.

Class went well and my nerves went away once we got started. I asked lots of questions and people were surprisingly participatory. There were a couple of times when someone would make a comment and I wouldn’t understand what they were saying and when they were done I’d just say, “Thank you very much,” and move on. Hopefully I didn’t thank anyone for sharing blasphemous comments. There was one point where I tried to share an analogy, but I didn’t know the words I needed and it ended up just being confusing. After class, an American in the class told me that he could tell where I was going with it, but I just got blank stares from everyone else. Next week’s lesson is about temple work and eternal marriage and that will be much less daunting.

Learning Portuguese has been much harder than I had expected. I pride myself on picking up languages easily, but then I remember that I’ve only even learned Spanish (besides English, of course) and that was incredibly difficult. I remember when I was new in Mexico and my companion didn’t speak any English and no one we talked to spoke any English and I really just wanted to give up. I remember thinking, “Is it really this hard for everyone else?” and I assume it is. I just thought that it would be a lot easier. I remember trying to communicate in Spanish and the blank stares of people trying to understand me and how my companion would explain what I had tried to say and then understanding would dawn on their faces and I would feel useless. I remember praying almost all day long sometimes because I just wanted to talk to someone and God was the only person that could understand me. I remember getting home at night and spending every extra moment I could reading my scriptures in English and how good it felt to finally understand something. I remember for the first time in my life really needing the scriptures and feeling their power as I was reminded that I wasn’t useless and that I just had to be patient.

During my second week in Mexico I decided to use my poor Spanish to my advantage. We knocked on a lady’s door and my companion started talking to her and she was not at all interested. I jumped in and said in my bad Spanish, “I don’t speak Spanish very well, but if you listen to me I’ll let you laugh and me.” A smile crossed her face and she said, “Go on,” and I went on to tell her about how we are God’s children and He calls prophets to teach us, how Christ paid for our sins, how we have prophets today and modern day revelations, and how she could know for herself if what I was saying was true. She didn’t laugh at me, but she did agree to read a chapter in the Book of Mormon and let us come back again. She didn’t join the church, but I learned from that experience that I could do missionary work in Spanish.

I am not in the same boat I was in eight years ago when I started learning Spanish. I have the blessing of experience and language training on my side which makes learning Portuguese much more simple than learning Spanish was. However, I still thought it would be easier. I guess I thought that seven weeks would be enough for me to dominate this language, but now I realize that while I’ll be good at Portuguese when I leave Portugal in four weeks, I won’t be great. And that’s okay, I just want to get it the best I can.

On a completely different note, Ana and I went on a field trip to the coast on Thursday. We had an all-you-can-eat fish lunch which was … delicious. All the fish still had skin and eyes and Ana had to teach me how to eat each one because I was pretty lost. It was fun, though and I wish I’d taken a picture of my plate. Since I don’t have pictures of the fish, here are some pictures of the coast. 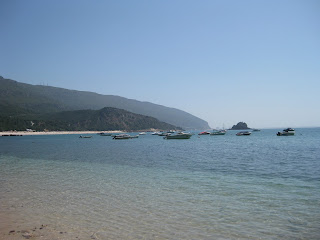 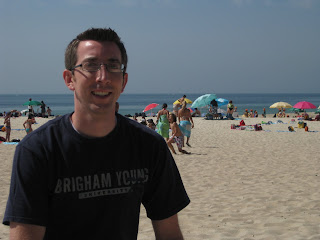 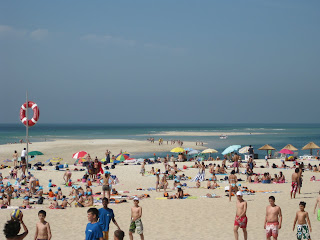 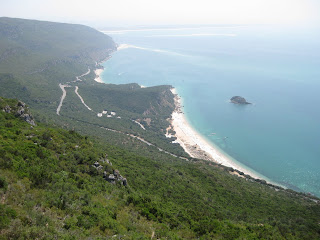