We had a lesson at church today about the new Family Search website. It's really cool and I'm really excited to start using it. We were all challenged to log into the website today. I did and they have this neat feature where you can see your own family tree. Next to my name there was a button that said, "Add or find a wife." If I had known that it was that easy to find a wife I would have stopped going to dances tried Family Search a long time ago. Who should I add? 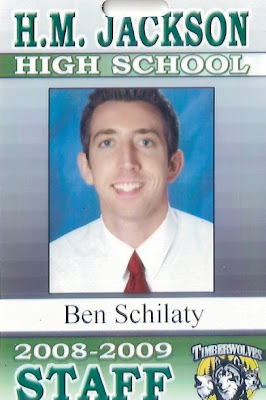 Unbeknownst to me (at the time) a girl in one of my classes has been writing down funny things that I say in class. She showed me the list and I was so amused that I asked for a copy. Here are some of my favorites:

“What were you just doing…? Were you PRAYING?”
“I said attractive… it’s less… offensive.”

“Oh, that is an ugly ‘Y’!”
“Will everyone PLEEEEAASE be quiet? Brooke is asking a wonderful question about the homework!”
“How about you smile more so I feel better about it.”

“But…I don’t like people to go potty during learning time.”

Me: “Oooh! Is that your girrrrrlfriend??”…
Student: “That’s my SISTER”

”You guys are best friend? Aww, that’s so cuute!”

“When I was a child, I fell on some rocks at the zoo.”

“You have a headphone and you must take that out!”
“I’m not going to a dance! I actually think that might be illegal!”

“Let’s all discover the secret word!"

“Y’know what, Madison? …Stay at your level, but don’t drag others down with you.”

Student: “I’ll give you a piece of Hubba Bubba gum!”
Me: “No, but thanks for your Hubba Bubba offer.”

“Just because they’re girls in my life doesn’t mean I date them or love them.”

“This is not a scary movie. It just has dead people in it.”

Me: “Devin is now known as ‘Boss Dos.’”
Student: "What does that mean?"
Me: “I dunno, probably something offensive.”

Student: “Can I sit by someone who doesn’t not like me?”
Me: “That would be hard in this class.”

My long lost friend Sean showed up this week. We were best friends when we were in elementary school, but the summer before 4th grade his family moved to a neighboring city. We kept up the friendship for a few years, but through no fault on anyone's part we slowly drifted apart and basically haven't spoken for the last 10 years. Now Sean is getting married and he wants to buy a house so he called up my dad and was sitting at my kitchen table when I got home from work on Friday. An unexpected surprise (like most surprises I suppose). We reminisced about the good old days and had a fun time catching up. Anyone who knows me knows that I prefer cake mix to cake, brownie mix to brownies and cookie dough to cookies. I counted and I have eaten cookie dough six times in the last two weeks. During our conversation Sean randomly said, "Do you know what I liked about coming over to your house? There was always cookie dough." I laughed pretty hard at that as I realized that some things never change. What's the moral of the story? If you want to be tall and skinny eat insane amounts of cookie dough.

Joan, the old lady I lived with in Mexico called me this morning. I had so much fun talking with her. Who would've thought that talking to a 71 year old woman on the phone for an hour could be such a blast? We talked about hip replacements, back surgeries, pain medication, the ills of society, and cats. The usual. While I was in Mexico I became pretty good friends with the girls that Joan and I worked with and I enjoyed petting Joan's cats. At the end of our conversation I said, "tell the cats I say hi," and Joan said, "okay and I'll tell the girls you said hi too." I replied with, "uhh.....sure." I later felt pretty stupid for thinking of the cats and forgetting about the people.

I'll try and make this next part as anonymous as possible. I'll use letters instead of names to facilitate this. Here's what's going on: my friend A used to date person B. Person B and friend A broke up and person B later dated C. Person B and C later broke up and person C started dating D. Their relationship did not last very long and now D has asked out friend A. This completes what I will call the "love square." It's pretty much like a love triangle, but a little more complicated. The good news about a love square is that unlike a love triangle everyone can end up happy in the end because there are an even number of people involved. However, it looks like A likes B, B might like A, D also likes A, but A doesn't like D, and C likes anyone who isn't involved in the square. Let me sum this up with an equation: A+B+C+D=? or ([A+B]-D)-C=happiness for every except D. Got it?