Checking out of the Hotel California 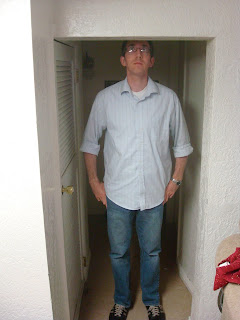 I moved into a house called the Hotel California last June and spent a good 10 months living there, but I was ready for a change. In fact, I already moved. That means that I said good-bye to the Hotel California. Overall, it's been a great place to live. I loved having two fridges, a washer and dryer, and always having a parking space. I also loved my enormous bedroom and the extremely comfy couch on cinder-blocks. However, there are a few things that I do not miss.

The first is the hallway to my bedroom. As I was moving my stuff in I quickly noticed that while I am 6'3.5", the entry to the hallway is about 6'3". That means that every time I wanted to go to my room I had to duck. I was pretty peeved about that for a few days and complained profusely to my friends. I got used to it pretty quickly, but unfortunately developed the habit of ducking every time I walked through a doorway. Now when I walk through a doorway I briefly resemble a Muppet due to my slumped shoulders and bouncy walk.

The Hotel California discriminated against my height in another unfortunate way. When I looked at myself in the bathroom mirror I could only see from my shoulders down. This meant that I had to bend down if I ever wanted to see my face. 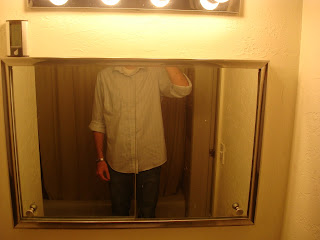 Although annoying, this has had a pleasant side effect. Since I rarely saw my face I started to care less and less about my appearance and I think I even became a little less vain for a brief period of time.

The Hotel California has a weird golf picture on the wall in the living room. Not only is the picture weird, but it's hung about a foot off the ground. Not a typical place to hang a picture. One day I decided to take it down only to realize that it was covering up a large hole. I left the picture there. 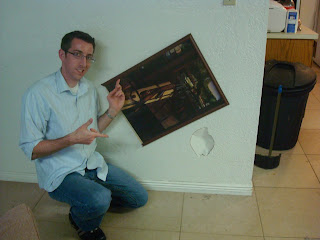 My new place is great and also has a name, but telling the internet where I currently live just doesn't seem like a good idea. I like that I can see my face in the bathroom mirror, I don't have to duck to enter any rooms, and there aren't any holes in the wall covered up by pictures (that I've discovered yet). It's nice.
Posted by Ben at 4:39 PM 1 comment: