Update: Since my last post I got a new job!  I'm going to be a TA for a cinema class.  It's a general education class and a good friend of mine has been a TA for this class for the last two years and he loves it.  I'm pumped and very grateful to have a job.
I've been at my parents' house for the last two weeks and it's been great to be home because my family is rad, my bed is comfy, and the tap water in Washington is delicious.  I got bored recently and started going through some old photo albums.  I've found a few treasures that I've scanned and uploaded.  My brother and sister-in-law have a teenage girl from Japan who lives with them and when I saw her two weeks ago she asked, "Were you a nerd?  I saw some pictures of you at your parents' house and you looked like a nerd."  Judge for yourselves.
If you look closely at this picture you'll notice that I'm wearing a shirt that says "TUCSON."  Apparently even in the 80s I dreamed of living among saguaros.  Also, notice that tree in the photo?  It fell on our house during a huge windstorm in 1990.  ﻿ 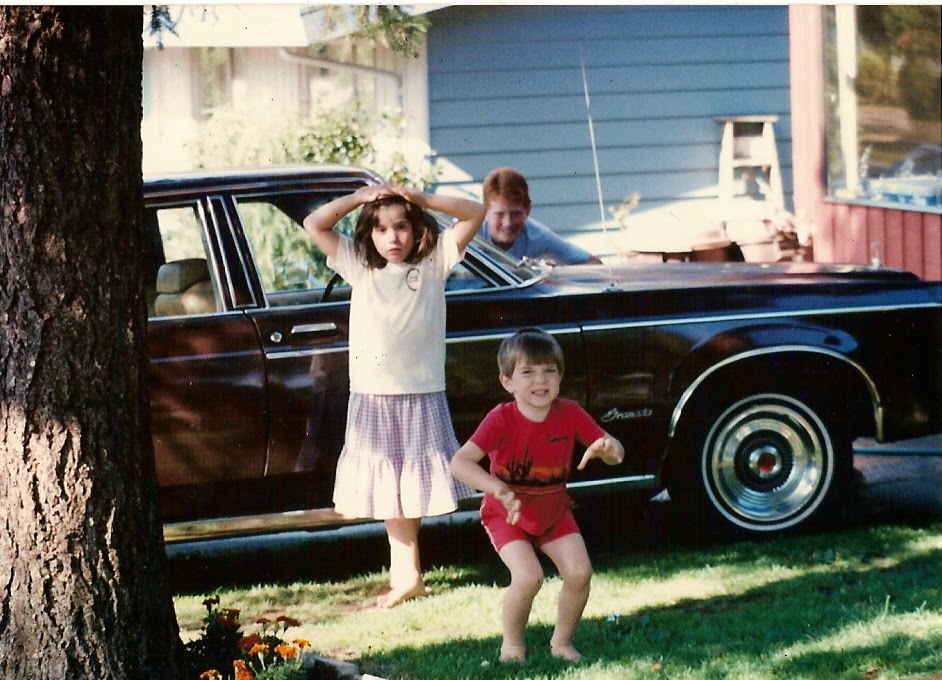 This is my parents on their wedding day.  They'd been dating for two years, suddenly decided to get married and got married a week later.  There were only about ten people at the wedding.  My parents weren't into fancy parties back then and they're not into fancy parties now.  Also, my oldest brother was born five years later so we can assume it wasn't a shotgun wedding despite it's suddenness.﻿ 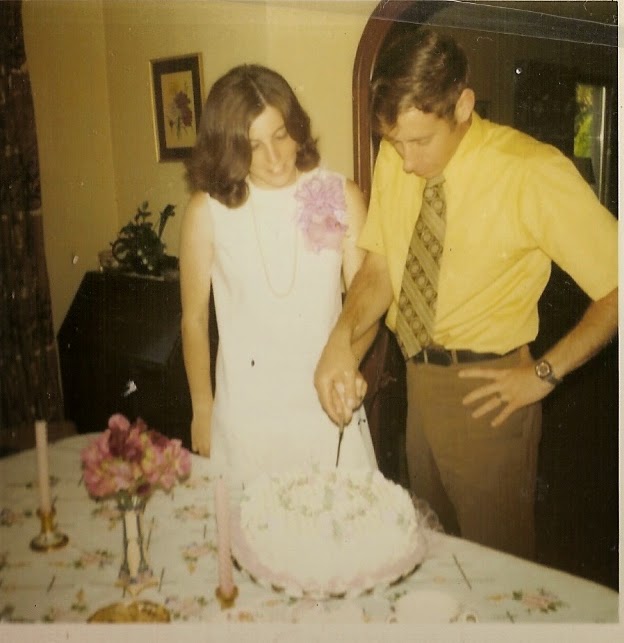 The early 90s weren't a fashionable time for me and my siblings.  I love that not only am I wearing a Teenage Mutant Ninja Turtles shirt, but it's tucked into my shorts that are pulled up way too high.  Also, note my brother Jessen's super-trendy Walkman. 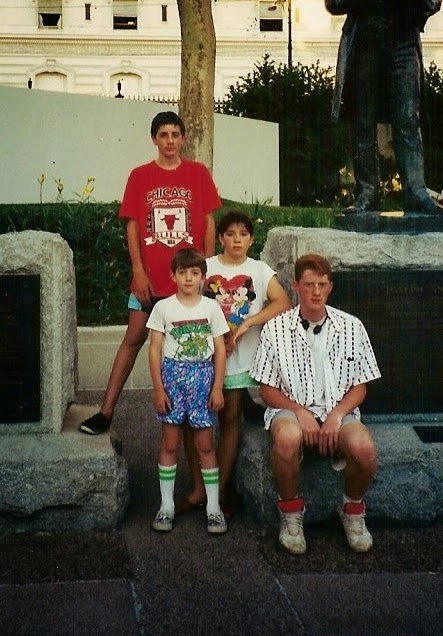 Oh my, it's been more than 12 years, but this picture still embarrasses me even though I was very proud to have been voted most spirited. 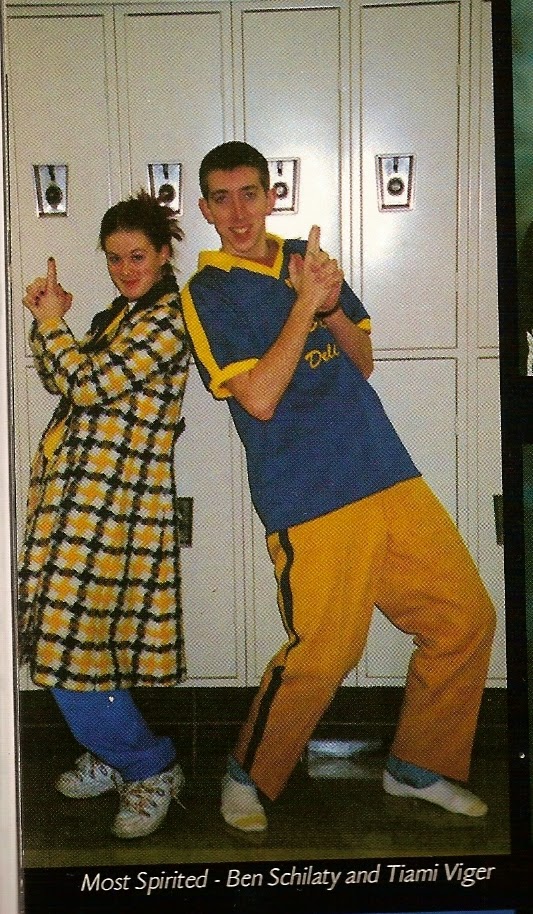 Just my sister Lindsay and I hanging out on the roof with our three legged cat Blackie.  We named her Blackie because she had black fur and we were really original.  I'm sort of surprised my parents didn't veto our name choice. 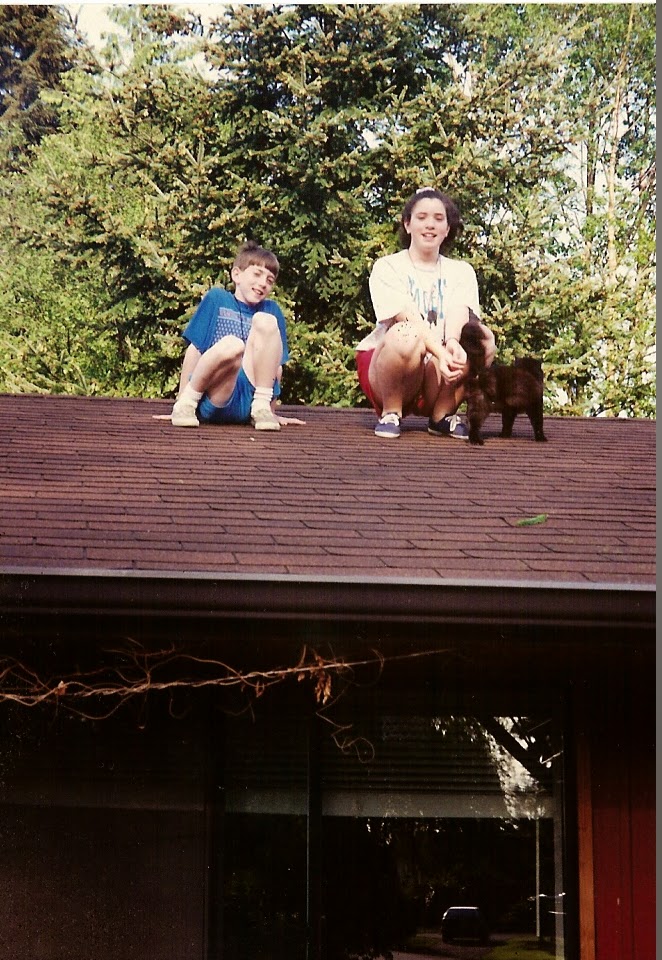 This is what computers looked like when I was seven.  My brother Jay totally rocked a t-shirt with a dolphin on it and my mom's hair was grey back then.  ﻿ 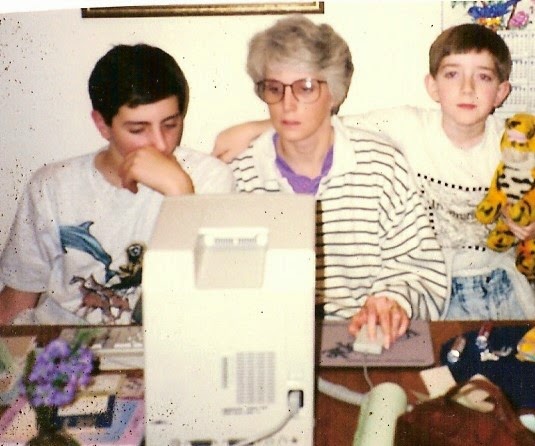 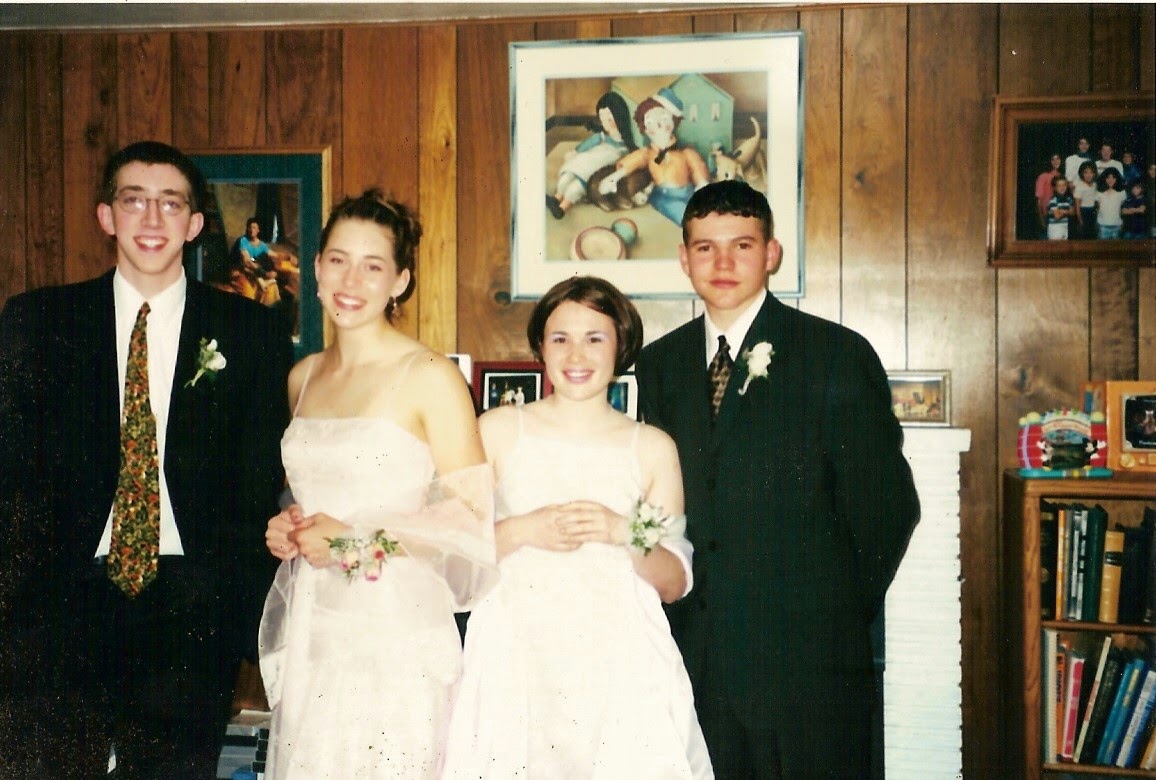 At Least I Didn't Buy an Eraser

Two days ago I got a phone call from the Spanish department informing me that because of low enrollment I hadn't been assigned any classes to teach next semester.  I was stunned.  Mostly because we'd been told that we'd hear by Thanksgiving if we'd be teaching or not and since Thanksgiving had come and gone without any news I thought I was good to go.  I immediately started feeling nervous and then I was in denial for a little while.  Then I started to feel really worried that I had just become unexpectedly unemployed which was followed by feeling sick because I had eaten half a box of doughnut holes to mask my feelings.  And then the missionaries came over for dinner (I only left four doughnut holes for them) and after we chatted I felt hopeful and optimistic and that's how I've felt since Tuesday night.  I do, however, occasionally feel sad because teaching was my favorite part of the day and I'm really going to miss it.  I haven't found a new job yet, but I'm confident that I'll find something I'll enjoy soon.

While there are suddenly a number of uncertainties in my life, what has been bothering me the most is what I'm going to do with all those whiteboard markers I bought that I no longer need.  I still plan on putting them to good use.
Markers are also great at distracting me from studying.  Maybe I'll come up with a few more uses for them now that I won't be using them to teach young minds how to conjugate the future tense in Spanish (¿Qué haré con mis marcadores?).  And while I'm bummed that I won't be teaching next semester, I'm just grateful that I got to teach this semester because it was a blast.  Teaching Spanish at the University of Arizona was a real treat.  I sent my students an email today with reminders about our final exam and I included this poem I wrote to reinforce the important information.

An A would be great,
A B isn’t crumby
A C is fine too,
But D stands for dummy

I really want to find another awesome job soon, but mostly I just hope all of my students remember to bring their CatCard to the final.
Posted by Ben at 5:48 PM 1 comment: