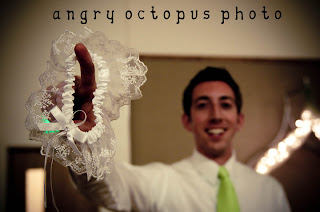 Keep nine ten eleven free ‘cause it’s gonna be a hoot.
Posted by Ben at 10:06 PM

Can we be friends for real? This is perfect. My schedule is cleared for 9/10/11.

Oh man. I love you (in a totally platonic way that in no way should worry my husband or your hypothetical wife), Ben. I can't wait for your wedding. I should have had you plan mine!

I still think the limbo would work best for the reception line, but I could live with the boot scootin boogie. If your Wedding is going to be somewhere exotic let me know so Chantelle and I can book a travel package.

Tyler, I totally forgot about the limbo idea. I was trying to remember the funny ideas that we'd come up with and I'm bummed that I didn't remember that one.

I'm still going to get you a palm tree for your wedding gift!

i just cried a little. soo funny! hands down the best hypothetical reception ever! please count me in. and consider this my rsvp for 9/10/11.

hahaha i think walking around all day with your thoughts in my head would be hilarious. Too bad you can't download "Ben's thoughts" on itunes. You are one lucky man; thanks for sharing some of them with us. haha.

Hahaha I love this Ben. I just went to a Mexican wedding where they did pretty much all the traditional stuff. They also did traditional Mexican stuff, like play that game/dance where the single men and women try to knock the bride and groom off chairs. Are you going to include that too?

There's no need to get married. I will applaud for your water glass-filling abilities anytime. Just give me a call.

We already have the date marked, so we'll be there. Drew says he has to be in the wedding party now though because he wants a big part in the murder mystery game!

You would be my hero if you and your wife co-composed a poem on the spot. How unique!

p.s. i don't know you. i came across your blog through a friend of a friend.