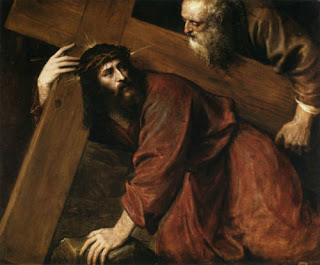 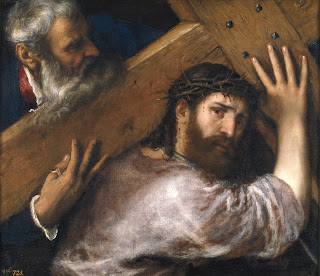 I don’t have the answers. I don’t know what the practical application of carrying one another’s cross will look like. But what I do know is that we need to do better. I need to do better. Too many hearts are breaking for us to not be so much better. So much of what I see happening feels so unfair. And in my moments of frustration, I do what I can to lean on the Savior knowing that all that is unfair about life will be made right through Him.
Posted by Ben at 8:10 AM

As usual, awesome insight. Love the story where everyone stood up. Hopefully, we can stand up in less public ways, too.

The Bloods in Russia said...

Thank you, Ben. So much that I needed to read today.

Hi Ben. I wish that experience for our gay brothers and sisters also. The dismissiveness is terribly disheartening. For example, in my sons YSA ward, the Bishop asked members to anonymously or not anonymously submit reasons why they leave church after sacrament meeting. This had been a problem. My son submitted his reason (although he stay 3 hours much of the time)....I dont feel like I fit in, since I am gay. And he expanded upon this. So, I was very excited when I visited him and attended stake conference where his bishop would be speaking about the survey and what was discovered. Many reasons were mentiobed... jobs,boredom, etc...and before we knew it he sat down without ever mentioning the challenging situation of gay members. I was so upset I almost went and angrily protested to the bishop. But when my son introduced me, I just said "Nice to meet you." I wish I had said "I would like to discuss with you, sometime before I return home, why you didnt include the issue of being gay, as my son explained in his submission in your talk." I must be braver, bolder...a true ALLY.

Ben,I want you know how much I admire you.I love the way you put out your opinions and the way you support others .If only others could do the same.I think we are getting better,at least I hope we are

Thank you so much for sharing this! I'm commenting anonymously to protect my daughter's privacy, but she recently came out to me. The hardest part had been her fear that I would reject her. I feel so strongly that what she needs the most for me is love and support as she navigates her life, and I don't always know how to show it.

Individual wards may or may not do a good job of making gay members feel welcome... but the general church leadership has gone out of its way to make it absolutely certain that all understand that gays are not welcome. Until there is open acknowledment by the leaders that this is wrong, attendance to church meetings is flirting with abuse. I can't do it any more. It makes me physically ill. Nervous gastritis. It took me four weeks to recover from the last week I went. And before that, nine months.

Ben, I saw your video on Voices of Hope. Great job there and great job here. It can be really challenging to give others our best when we are time crunched or just generally busy. Keep letting that light shine! :)

You just came to my Psychology of Gender class at BYU and I thought your presentation was phenomenal. I just want to say thank you for changing my perspective of being LGBT in the Church and how I can support friends or family who deal with this situation. You are inspiring and I hope I can become as Christlike as you! That really is why we are here on earth, to become like HIm.