The Man in the Nursing Home 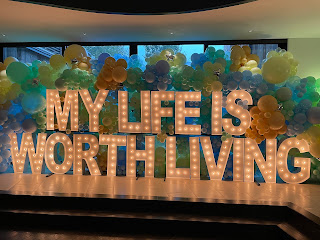 This past summer a bishop contacted me and asked if I’d be willing to visit a member of his ward who lived in a nursing home. He explained that this man, who I’ll call Fred, was 70 years old, had never married, and was gay. Fred had read my book and was shocked and intrigued to learn that there were active members of The Church of Jesus Christ of Latter-day Saints who are also openly gay. I was thrilled he wanted to talk.

The bishop and I walked down a long hallway greeted by multiple nurses. I reminded myself that I would be used to the smell of the facility soon. We entered Fred’s room that he shared with another resident who watched TV the entire time we were there. Fred asked me if I would pull over the curtain separating the two halves of the room to give us some privacy. He then took my hand into his small, feeble hand and said he was glad I had come because he felt like he already knew me. I sat down and Fred said, “I’d like to tell you my story and then ask you a few questions.” I replied, “It would be an honor to hear your story.”

Fred laid in his bed for the entire visit because sitting up was painful for him. As he shared his story he shifted from lying on his back to lying on his side trying to get comfortable. He told me that when he was young he remembered hearing his brother use a homophobic slur. Fred knew that the word applied to him and believed that his attractions made him a bad person. He also knew that no one else could ever know he was attracted to guys. Even with this fear, as a teen he shared his feelings with his parents who were loving and kind. Later, he received his patriarchal blessing which went into great detail about his future wife and their marriage, something that never came to pass. He wondered if he had done something wrong because the blessings promised to him didn’t materialize. The pain in him was palpable as he shared his life story. I leaned forward in my chair listening intently to his story. I tried my best to just listen and be a receptacle for his pain.

Fred went on to share the shame and self-hatred he endured for years because of his orientation. He went to conversion therapy trying to change his attractions and fix whatever was broken inside of him. Life would be good, he felt, if he could figure out his orientation. He got emotional multiple times as he shared his love of God, his gratitude for the Savior, and his belief in The Church of Jesus Christ of Latter-day Saints. Then he said he had one question for me: “Will I be gay in the next life?”

I sat up straight in my chair as I gathered my thoughts. I didn’t know what to say. I wasn’t sure if it would be more comforting for him to believe that he would be gay in the next life or that death would change his orientation. So I just talked about faith. I explained that I knew and understood very little about the next life, but that I trusted that God would prepare a future for me that I would love and thrive in. I then quoted Doctrine and Covenants 58:3: “Ye cannot behold with your natural eyes, for the present time, the design of your God concerning those things which shall come hereafter, and the glory which shall follow after much tribulation.”

Fred started to cry. I asked him where this emotion was coming from and he said, “You just quoted one of my favorite scriptures. My life has been full of tribulation, but I know that God will be merciful and kind to me.” Then he pause, his head nestled in his pillow and his eyes towards the ceiling, and said, “And I hope I’ll be gay in the next life. I don’t want this part of me to change.” I was stunned. Fred didn’t want his orientation to be changed. Fred who spent years trying to change. Fred who still hasn’t told his siblings he’s gay. Fred who experienced years of depression and anxiety rooted in his failure to be who he was told to be. Fred didn’t want his orientation to change.

It was Sunday so the bishop and I administered the sacrament to Fred. I knelt on the linoleum, broke a cracker in half, and read the sacrament prayer out loud. As I read the prayer and blessed the cracker I got lost in the words. I was reading them and pondering them at the same time, thinking of the conversation we had just had. Here was Fred eating a broken cracker as a witness that he would remember God. Even with a TV on across the room, I felt the sacredness of this moment. I had heard Fred testify that something he thought was bad might in fact be a gift he wanted to keep. A gift that had brought him closer to God.

This experience reminded me of a quote from the 1971 movie They Might Be Giants: “[Don Quixote] thought that every windmill was a giant. That's insane… All the best minds used to think the world was flat. But what if it isn't? It might be round. And bread mold might be medicine. If we never looked at things and thought of what might be, why we'd all still be out there in the tall grass with the apes.” What if being gay is a gift and not a curse? What if Fred allowed his siblings to see this part of him and it led them to love him more? What if this thing that he had hated and loathed for years was the thing that brought him closer to God? Fred spent decades trying to change, and now his orientation was a treasured part of him.

Ben, to me Fred seems to be a gentle giant. I am grateful this bishop was prompted to ask you to talk with Fred. A wonderful sacred time!💞

Thank you for sharing. Based on what I had been taught growing up and what my culture understood of being gay, I never thought I would be so inspired by you and all the things you've shared with me. Thank you.

Sacred and sweet. I'm so glad Fred gave you permission to share his poignant story.

So beautiful. Thank you for sharing this. If you see Fred again, tell him I love him.