Half Way to AZ

Phase II of my move to Arizona has included a few days hanging out with my college friends in Provo, Utah. To be efficient in my visits I stopped and visited friends along the way to Provo to avoid backtracking stopping in Salt Lake, Taylorsville, and Pleasant Grove before arriving in Provo.

The Reasor girls and I had a delicious lunch at Ruth’s Diner in Emigration Canyon. It was super-delicioso. As I pulled out my wallet to pay my bill Courtlin said, “That’s your wallet? It looks like a teenage boy’s wallet.” She was right, it was a teenage boy’s wallet – me as a teenage boy. I got the wallet when I was 14 or 15 and have used it ever since. For years now I’ve been meaning to upgrade to a more adult wallet, but buying a new wallet is so easy to put off until tomorrow and tomorrow turned into multiple years. The wallet still holds all my stuff, but it isn't in very good shape. The Velcro doesn't work any more and the plastic sleeve for my ID ripped a long time ago. Both Jordan and Courtlin insisted that I buy a new wallet that very day even going so far as to say that my wallet is the reason I’m not married. They assumed any girl who saw her date pull out a wallet like mine to pay for dinner would run for the hills. On a side note, I’ve been getting a lot of “you’re not married because” comments lately. I’ve recently been told that I’m not married because I shop at Old Navy, I don’t buy girls popcorn at the movies, and my hair is graying. 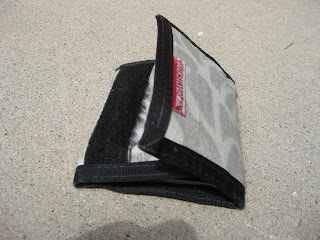 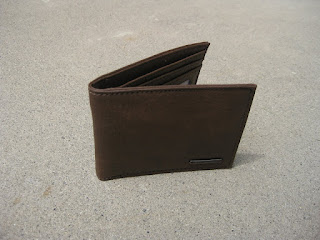 Last night I went out to dinner with Sean, Cari Sue, Josh, and Kelsee. I told them my exciting story about buying a new wallet (it was exciting, right?) and Josh said, “Why’d you get a new wallet? Quiksilver is a cool brand. Seventh graders love it.” So yes, getting a new wallet was way overdue.

I met up with Marcie Glad a few days ago. She told me that since I showed her all around Seattle she was going to show me the sites of Provo. When she said this I said, “Uh, I lived here for six years. I think I’ve seen everything already.” She managed to find a fun toy store that I didn’t know existed and we ran through the new fountains at the Riverwoods. We visited some other places that I’d already been and Marcie recounted the history of the area for me. It was very fun.

My friend Melissa from Washington was in Provo for the summer taking a Portuguese course. She went back to Washington yesterday and had a going away breakfast that included pancakes, French toast, egg muffins, and a really delicious food that I had never tried before that is basically a peanut butter sandwich turned into French toast. I was awakened yesterday by a text from Melissa. She had forgotten to buy some stuff at the store and asked me to pick those items up on my way over to her house. She treats me like her husband. She had forgotten to get bread, milk, eggs, plates, and cups. When I got this text I asked myself, what did she remember to buy? As I was driving to the store she asked me to pick up syrup too. I didn’t mind and I was happy to help. Apparently the French toast ingredient she remembered was the cinnamon.

I’ve had such a blast this week hanging out with my old friends. And I apologize for not mentioning everyone on my blog. My friends here are awesome, and funny, and I appreciate them so much. Provo feels like home.

Your students are going to be so jealous that you wrote of me at least twice.

Sr thats not fair that u wrote about someone multiple times in one blog!!!!! BTW (by the way) graying hair on guys is cute but not on girls :(

I KNEW we should have done something more exciting the night you visited us so we could make it on the blog. Ugh. Add that to my regrets in life.

Start working on your butt curve!